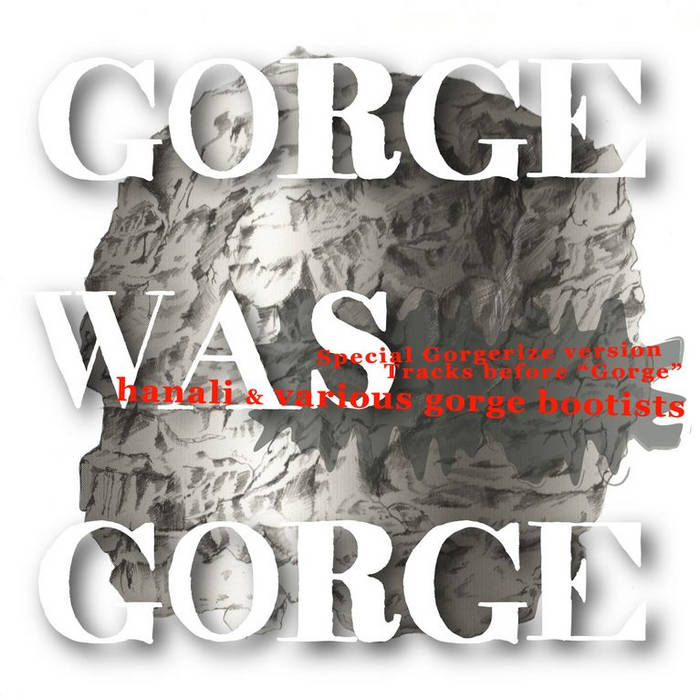 Gorge (/ˈɡɔːrʤe/) is a genre of electronic dance music which is said to have been originated in the mountain region of Nepal and India. Its overall sound is characterized as "primitive and magical groove generated by the combination of heavy bottoms and continuous strokes of Tom-Tom". DJ Nanga, a "Himalayan Giant" who is said to be one of the Gorge originators, describes the sound as "Sound of a rock, sound of water that beats the rock, sound of a mountain held by the rock!". This spiritual and contagious beat had become a kind of cult among climbers, and soon spread out to Canada and Argentina, and not long before it reaches Japan.

This summer, Hanali, seen as a Japanese Gorge evangelist, has organized "Gorge Out Tokyo 2012", a compilation of Gorge music in Japan, and his second studio album "Gorge is Gorge" (both released from Gorge.in). And this album "Gorge was Gorge", remixes of his past tracks in a Gorge manner, from Anansi records. Moreover, the biggest Gorge party ever is rumoured to be held in Tokyo this Autumn…

all these routes found, climbed and named by hanali.
released under Gorge Public License:

Anansi is a Japan-based netlabel since 2008.

Bandcamp Daily  your guide to the world of Bandcamp

MF DOOM is given his flowers, plus appearances from MC Jada Imani and Stanley Ipkuss